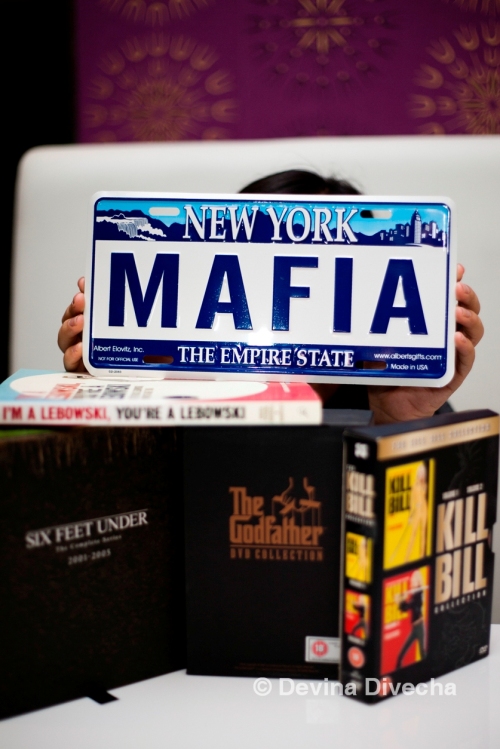 Why is your Twitter handle @movie_mafia?
Well, originally it was ‘movie mania’. It was actually @eddydubai who recommended I go with the word mafia instead, since I was really into the mafia genre of movies.

What’s your favourite movie then?
The Big Lebowski.

Why are you anonymous?
This way I have more freedom in tweets. Since nobody knows me, they don’t know whom I am talking about; I can even talk about my personal opinions without people attributing it to me. I want to keep my Twitter life separate from my real life because I have a completely different persona in real life. A lot of us behave differently with different people, so Twitter is where I can really be myself without falling into the personality people think that I should have.

Favourite Disney movie?
The Lion King. I know most of the lines verbatim!

What phone do you have?
BlackBerry Bold.

If you had to choose an alternative career…?
I used to want to be a director when I was younger but I never pursued that. I would rather watch movies than make them!

Are you a girly girl?
Not at all. I’m not like those girls who act ditzy. I’m not exactly serious, but I’m more grounded than the ditzy ones. I don’t like talking about make-up, shopping and shoes all the time – I like to talk about other things.

Have you met any tweeps off Twitter?
Just two!

What’s your dream car?
I would really like to drive a BMW…a Z4.

Who’s next in #DxbTweepSpeak? A Dubai-based ace photographer. Keep an eye out…